The Beginner's Guide to Rugby

It's a hard game to understand, we get that. So we thought we would create an easy-to-understand infographic that will help you grasp the basics.

Players on the Field

There are fifteen players on the field. Each person's shirt is numbered one through fifteen. Each number specifically refers to a player's position on the field. Here is the breakdown:

These are some of the biggest players on the field, are big tacklers and are the first in line to form a ruck or bring a player down.

The hooker is generally smaller than the two props. The two main different focuses of the hooker is to be the player to throw the ball in during a lineout as well as recover the ball in a scrum.

These players are big tacklers like the props. As they too are forwards, they form the rucks once a player has been tackled to the ground.

These forwards help to keep the scrum stable and prevent it from spinning, potentially giving up possession.

This player sits at the back of the scrum, driving his team forwards, and sits on the ball, rolling it forwards before the scrum half picks it up.

The scrum half is the player that is often found picking up the ball from the back of the scrum or ruck. They are generally the more accurate passers. When the players arrange themselves in the field position as in the below pictures, the ball is passed along from the scrum half to the fly half, then the centres.

This is the main kicker. They are the first person to receie the ball from the scrum half and is usually the one that is found drop-kicking the ball through the posts. They are also commonly found kicking for conversions, penalties and kick-offs. England's most famous fly half is of course Johnny Wilkinson.

These are the fastest players on the field, running with the ball up along the edge of the pitch.

Agile and quick, these two players help to push the ball forwards with quick running and strength, dodging between players coming from you on both sides. The alternative is passing the ball out towards the wingers.

The full back has two main qualities. The first is that since this player has to be a big tackler. If there is anyway breakaway player in the opposition, they need to bring them down whether they are small like a centre or larger player like a prop. The second quality is that these plaeyers need to be fast. They often join the wingers along the sideline, but often catch the ball after a big kick forwards - they need to get up the pitch quickly in the kick return. Full backs are also keen kickers, so seeing a number 15 line up to take a conversion or penalty is not unusual. 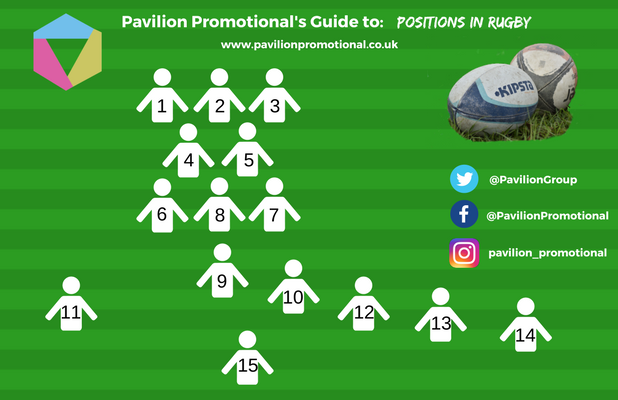 Unit B The Loddon Centre